Tracking the beautiful movements in biology

We focus on myosin motors and the actin cytoskeleton as our model motility system. You have forty myosin genes in your genome that come from ten distinct classes, only a few of which are related to muscle. These unconventional, nonmuscle myosins are tuned to perform specific tasks within each and every cell. Since the emergence of the earliest eukaryotes, evolution has generated myosins that travel along distinct sets of tracks, step to a certain force with or without slipping, and travel in straight lines versus spiral paths around actin.

Many features of biological motility are still mysterious, but are functionally important. Some of the questions that we address include: How do motor proteins navigate the cytoskeleton, where an enormous number of tracks point in every direction? Can we uncover the cellular roadmap for motor traffic? Can we rewrite the cellular traffic rules?

Our current research topics include the following. 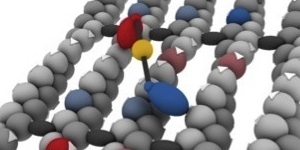 Myosin X has a unique ability to navigate to a specific site within the cell. Myosin X is found almost exclusively at the tips of filopodia, which are thin projections from the leading edge of migrating cells. It carries cell-surface receptors, including integrins, cadherins, and netrin receptors. The filopodial core contains an organized fascin-actin bundle.

We have discovered that myosin X selects this fascin-actin bundle for motility, and walks poorly on single actin filaments (Nagy PNAS 2008). Thus, myosin X can read the local actin structure and use that information to navigate in the cell. We have identified an antiparallel coiled-coil as the critical feature that governs bundle selection (Nagy JCB 2010, Vavra BJ 2016). However, a significant outstanding question is how does the myosin X assemble into this antiparallel structure in a cargo-regulated manner. We are pursuing this problem using a combination of structural studies on the cargo-binding domains, paired with reconstitution and motility assays on the full cargo-bound form of myosin X.

Mapping myosin traffic within the cell 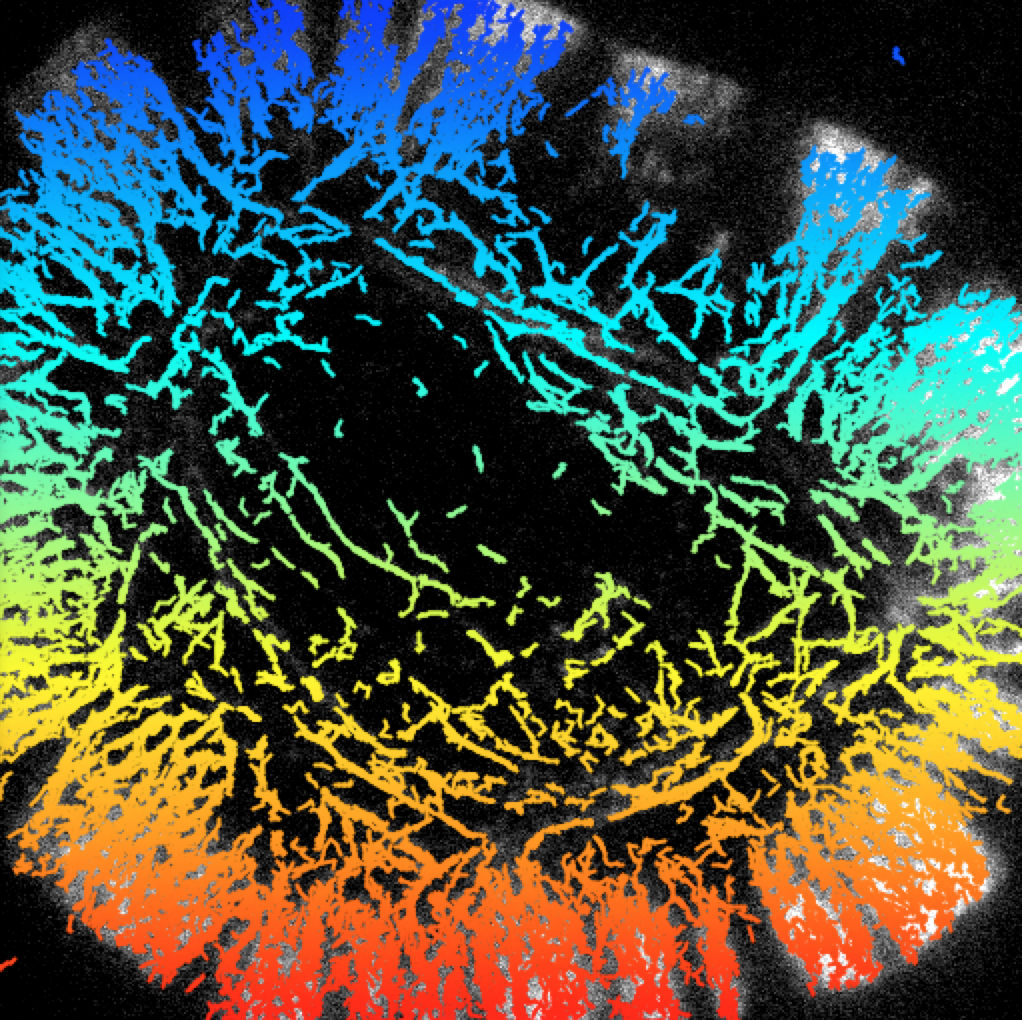 Our myosin X studies are an example of a "bottom-up" strategy for studying motor navigation, where we identify the individual players and examine them in isolated combinations. We have also developed "top-down" approaches, where we examine the traffic patterns of several types of myosins over a range of cellular states. We have developed what we call the "ex vivo motility assay" (Brawley PNAS 2009). Starting with cultured cells of nearly any variety, we extract the plasma membrane with a gentle detergent wash, exposing the actin cytoskeleton. We then apply fluorescently-tagged motor proteins (myosin V, myosin VI, or myosin X) and map their movements.

We find that the myosins segregate to different actin compartments depending on the myosin that is tested. Surprisingly, myosin V appears to be highly selective, moving along only small populations of actin and largely ignoring vast actin structures. In contrast, myosin VI appears to walk along nearly all actin filaments. Thus, the actin cytoskeleton is not simply a uniform collection of tracks. Future work will focus on mapping cells with unusual actin structures.

Interplay between motors and filament tracks

Our mapping work suggests that myosins detect specific features of actin tracks. We use single molecule TIRF motility assays to discover these features. We teamed with the Kovar lab to investigate myosin motors in the context of dynamic actin filament polymerization, and found that different myosins can differentially detect actin filament age (Zimmermann Curr Biol. 2015). Future work will focus on the host of actin binding proteins that can modulate actin structure and provide additional myosin navigation cues.

Moreover, myosins can apply forces to actin tracks and affect actin structure. We have developed new ways to observe myosins at the single molecule level and to detect actin filament buckling from myosin forces (Krenc bioRxiv 2016). 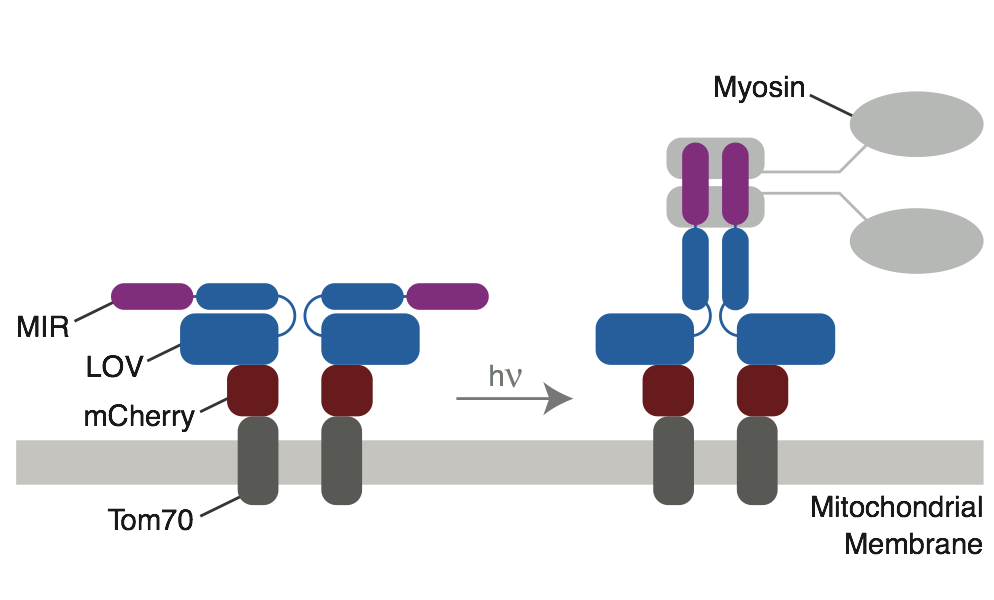 We have recently developed approaches to control the recruitment and activation of myosin VI to specific sites within the cell (French PNAS 2017). Unlike many other approaches in this area, we focus our photoswitching efforts on the cargo adapters. This approach allows us to control unmodified, endogenous myosin VI, ensuring that force homeostasis is maintained both before and after we perturb the cell with light.

The processive mechanics of nonmuscle myosin 2B 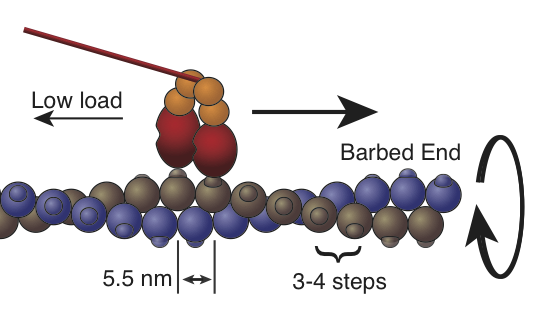 Nonmuscle myosin IIB (NM2B) is thought to set actin filament tension at the rear of migrating cells. To our great surprise, we discovered that NM2B walks processively along single actin filaments for several short steps (Norstrom, JBC 2010). This was the first time that processivity was observed in the class 2 myosins, which include the nonprocessive smooth, skeletal, and cardiac myosins found in muscle tissues. Indeed, nonprocessive motility is an essential feature of the muscle myosins, as it allows many motors to cooperate to drive high-speed motility. Therefore, NM2B demonstrates that the paradigm of muscle contractility does not even apply to every class 2 myosin, much less to the other "unconventional" myosins.